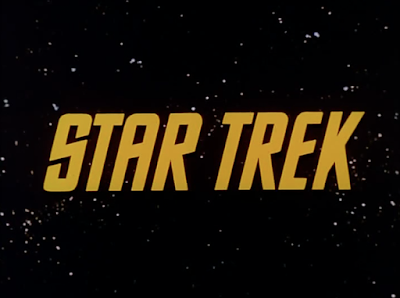 There is a concept called “fragmentation.” I first learned it when I read an opinion piece on why Apple’s iOS was a stronger brand and better for developers than Google’s Android. The idea was that since there were only a few devices and form factors at the time, customers would have an easier time adopting the devices/brand and developers would have fewer variables to worry about compared to the myriad models supporting Android. Put simply, the Android experience was more fragmented. Apple having a single, coherent look, quality level, and general feature set for all iOS devices gave Apple the upper hand.

I am reminded of this kind of thing when I look at Warner Brother’s handling of DC Comics properties (I wrote about this in my last Pete Saves (Hollywood)) and also when I look at what Paramount and CBS are doing with STAR TREK.

Break it down for me, Pete!

Originally, STAR TREK had just one timeline, that weaved together the adventures of Captains Archer, Pike, Kirk, Picard, Sisco, Janeway, and others into a single, cohesive, story universe.  Despite a few big continuity issues that only really matter to the Trekkiest of Trekkies (ex: Khan wasn’t ruling the Earth when Janeway went back in time to 1996) this worked pretty well.

Then, what were originally assumed to be the movie remakes came along.  However, they turned out to take place in an alternate reality from the original “Prime” timeline but in the same story universe. This was not a remake, after all, but alternate versions of the original timeline’s characters and stories. Which is confusing to me and I am a geek.

I love Trek but when Khan Noonian Singh, originally played twice by a Latino actor and portrayed as a Middle Easterner was recast for the remake movies with a white man as a white (?) Khan Noonian Singh (same name! #wth??) I was pretty perplexed. And that was just one of many changes that seemed big enough to lose the heart of the original series but nonetheless created something people enjoyed.

Finally, the announcement of the new STAR TREK show for TV declared a two things that raised more than a few eyebrows. First, that it will only be available via CBS’s for-pay streaming service.  Second, it will take place before STAR TREK ENTERPRISE in the Prime timeline but involves none of the characters or ships we know and love.  I guess the idea here is for STAR TREK DISCOVERY to do a kind of STAR TREK VOYAGER but set it back in time, rather than in the future of the TNG era stories.  I guess this is fine, but putting it in the Prime universe just seems confusing since STAR TREK ENTERPRISE already did the prequel thing.

But that part where STAR TREK DISCOVERY will only be available via the CBS streaming service? What the heck is that about?

I honestly don’t know.  It makes limited sense in today’s media world to force people to pay for a whole new service just to watch a single show.  What’s worse is that everyone already pays for Netflix, Hulu, and an Internet connection.  Now we’re expected to pay for the CBS service, too?

Good luck with that, guys!

What would YOU do, tough guy Pete?

For starters, I’d give the STAR TREK DISCOVERY away for free on the Internet.  However, I’d make sure that the writing was good and that I had a complete line-up of great merchandise and license tie-ins to make me tons of money from anywhere but the show.  The show would be a loss leader, but, assuming it’s a good show, I’d be making tons of off selling the thing people still don’t mind paying for: merch.

But how do you guarantee the show will be good?

Well, I’d do that, as I said, by making sure the story is good by doing this:

I’d make the show about how the world in TOS (The Original Series) came to be that world.  Why does the technology look so different than it does on every other show?  Why does it look so different from our own tech?  I’d answer these questions by telling the story of the war that nearly destroyed humanity and set the stage for the future.  I’d show how Khan rose to power with the help of someone not previously mentioned by anyone in the Prime timeline and I’d start the story toward the end of Khan’s reign and the war to end said reign as it causes the descent of humankind into ruin…

..from which humanity does rise again.  This is where the story for STAR TREK DISCOVERY should really begin.

We see how the future becomes, not touch screens and iPod starship designs, but rough around the edges nuts and bolts machines with a DIY vibe that slowly mixes with a new kind of future tech.  A tech that would be invented with new minds and new ideas and new discoveries not made until after the fall of humanity. This will eventually explain why TOS looks so different from the future we expected but eventually got on TNG (The Next Generation).

From there we see the Discovery take her first steps into space and eventually help found the UFP which, by the end of the series, establishes the Constitution Class of starship, one of which is called the Enterprise.

Also, a character is established (mentioned briefly earlier) that takes a secret  discovery back in time to the Era of Khan (1996) and gives it to him. This is what allows Khan to rise to power. This time traveling character should be in the series from beginning to the end and is the chronologically first instance of a time traveler in the Prime universe of STAR TREK. Perhaps he dies at the beginning only to be reintroduced in the form of his younger self, or he lives on, simultaneously with his younger self.  Perhaps they are even friends.  Regardless, him going back in time and spawning Khan’s rise establishes that he has splintered away from our literal In-Real-Life reality (the one we actually live in) back in 1996.  This means, that we, ourselves, are living in an alternate reality where Khan never rose to power.

Time to wrap this up…

Ultimately, I think this would be a really fun and pretty epic story to tell.  We’ve never really dealt with this part of history in TREK and I think it would be the strongest choice.  I also think doing it this way strengthens the idea behind a STAR TREK multiverse and makes all new STAR TREK content more easy to grasp, not to mention easier for the fans to get behind.